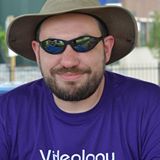 Seth’s Presentation :
As competition among businesses grows more fierce amid economic uncertainty, data is emerging as a key way to stay profitable. While managing the growing volume of data can seem like a daunting task, there are techniques that can make it more bearable. The answer to this voluminous problem is the data warehouse. This presentation will explore the different components of data warehousing and the way to structure a functional warehouse that will meet the needs of a variety of users.

Bio :
Brian Harnish has over 15 years of development experience in a range of industries, advertising, banking, logistics and retail. works for Videology more ..

Seth Goldberg is an ETL developer with experience in the financial services and federal contracting sectors. He graduated from the Pennsylvania State University with a Bachelors of Science in Information Sciences & Technology. In his free time, he enjoys exploring the city, going to concerts, traveling, and tinkering with technology. more …

Abstract:
An Agile Approach for Business-As-Usual Projects: Whether providing dedicated production support or dividing time between new development and maintenance activities, a framework for managing business as usual (BAU) / maintenance projects is required to insure a Team(s) can balance competing mandates from stakeholders across the Portfolio as well as the technical enterprise. This session will propose agile strategies for managing an Enhancement Backlog, System Support Backlog and Defect Backlog independently or as a single prioritized consolidated pipeline. Thereafter Agile BAU Models used successfully in the financial services industry will be shown to further exemplify these approaches.

Prior to joining Eliassen Group, Mr. Manketo was an Agile Coach with AGILEX, during which time he facilitated the implementation of Agile and Scrum development methodologies by technical teams, as part of an effort to deliver a major client-facing greenfield product initiative, having both strategic and revenue implications, for the United States Postal Service (USPS). Additionally, he served as the Deputy Program Manager on a greenfield project to drive the adoption of the Scrum Methodology across the national technical enterprise of the USPS.

Prior to joining Agilex, Mr. Manketo was a Scrum Master with COMCAST, during which time he facilitated an agile development effort responsible for creating industry leading video search, recommendations and discovery applications.

Mr. Manketo is also a Certified Kanban Practitioner as well as actively involved in the Agile Community having served as an Organizing Board Member of AgileDC (www.agiledc.org) for the last three years.

Abstract:
When modeling your data for an enterprise web application, you may have conflicts within your development team, with other development teams, and also with enterprise architects at your organization. With Code First Migrations, you will have the opportunity to get everyone on the same page by synchronizing your database across various environments.

Bio :
Shahed Chowdhuri is a software professional in the DC Metro area. By day, he works for Excella Consulting, building enterprise web/software applications. In his spare time, he builds indie games and dev tools under the banner OnekSoft Games and OnekSoft Labs. You can find him blogging at http://WakeUpAndCode.com 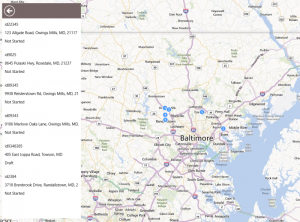 Bio :
Benjamin Davis joins LCG Technologies as an application developer to primarily focus on the Microsoft Mobile strategy. With a growing knowledge of Microsoft technologies, Benjamin is not only helping to create LCG’s presence in the Windows store but also help their clients with Microsoft centric mobile solutions.

Prior to LCG, Benjamin studied computer science at Morgan State University and has work independently on Windows phone applications.

Abstract:
Kendall Miller, Co-founder of Gibraltar Software (A Baltimore-based Independent Software Vendor) pulls back the curtain and talks about the challenges and difficult decisions that come along with creating a business around commercial software.
• Creating Product Strategy – One of these three doors is the path to greatness, the other two go nowhere. Guess which.
• Connecting with Customers – Trying to not be the best product no one ever heard of.
• Finding the Right Talent – Collecting the team to knock it out of the park
We’ll go through real examples from the history of our software products – things that have worked out and things that have gone awry. Sometimes comical, sometimes tragic – it’s never boring when you’re building your reputation and your company.

Bio :
Kendall Miller is one of the founding partners of Gibraltar Software, an Independent Software Vendor (ISV) that develops & markets commercial applications for .NET developers Before starting Gibraltar Software, Kendall worked for multiple startups leading their technology development from beginning through profitability.

Kendall has a B.S in Computer Engineering from the University of Illinois, Urbana-Champaign.

Abstract:
Join Microsoft Technical Evangelist G. Andrew Duthie for a tour of the new Windows Store app platform that you can use to build great apps and games for Windows 8 and Windows RT. Andrew will provide an overview of the platform, focusing on the HTML and JavaScript app support, and how you can leverage skills you already have to make great apps, including leveraging existing script libraries like jQuery.

Andrew will also show off some of the frameworks, such as Construct 2, that are available for quickly building fun games for Windows 8, and easily targeting those same games at other platforms including Windows Phone 8, iOS, the web, and more.

Bio :
G. Andrew Duthie, aka devhammer, is a Technical Evangelist for Microsoft’s Mid-Atlantic States district, where he provides support and education for developers working with the Microsoft development platform. In addition to his work with Microsoft, Andrew is the author of several books on ASP.NET and web development, and has spoken at numerous industry conferences from VSLive! and ASP.NET Connections, to Microsoft’s Professional Developer Conference (PDC) and Tech-Ed. Andrew has been participating in the user group community since way back in 1997, when one of his co-workers dragged him out to the Internet Developers User Group in Tyson’s Corner, VA, and he’s been hooked ever since.

Andrew is also the creator and developer of Community Megaphone, a site designed for promoting and finding developer community events.

In addition to his work in software development, Andrew has enjoyed some recent forays into the world of hardware experimentation, including developing for Kinect and .NET Gadgeteer, using his newly-formed hardware chops to do everything from blinking LEDs and making strange noises, to flying a helicopter with his bare hands.

Andrew can be reached through his blog at http://devhammer.net/. You can also follow Andrew on twitter at https://twitter.com/devhammer/ 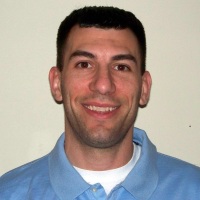 Topic: Teach Your Kid to Code

Abstract:
Have you ever wanted a way to teach your kid to code? For that matter, have you ever wanted to simply be able to explain to your kid what you do for a living? Putting things in a context that a kid can understand is not as easy as it sounds. If you are someone curious about these concepts, this is a “can’t miss” presentation that will be co-presented by Justin Michelotti (5th grader) and his father. Bring your kid with you to BaltoMSDN for this fun and educational session. We will show tools you may not have been aware of like SmallBasic and Kodu – we’ll even throw in a little Visual Studio. Concepts such as variables, conditionals, loops, and functions will be covered while we introduce object oriented concepts without any of the confusing words. Kids are not required for entry!

Bio :
Steve Michelotti is a Microsoft ASP.NET MVP and a contributing author for Pluralsight training. In addition, Steve is a frequent presenter at developer user groups and Code Camps along the East Coast and holds the MCSD, MCPD, and MCT certifications. Steve is an avid blogger (http:/geekswithblogs.net/michelotti), has contributed articles to Visual Studio Magazine, and his work on high performance web solutions was featured on Channel 9. Currently he is serving as an Architect/Developer for Applied Information Sciences (AIS) where he is leading a multi-year effort to modernize the business systems of a major insurance carrier. Previously he was the Chief Technologist at e.magination where he consulted with clients including Advertising.com/AOL where he was the Tech Lead for one of the highest volume .NET applications in the world.

Abstract:
Enterprise search is not the same as internet based search. There are different rules and expectations around security and user context. SharePoint search driven applications can help bridge the gap between structured line of business data and unstructured data such as documents, presentations, web sites pages and even social data. SharePoint 2013 provides some exciting features that help develop powerful applications and experiences.

Bio :
Dan is the SharePoint practice manager for LCG Technologies. He is a professional developer and solutions architect with over 16 years of experience.

He was the technical lead for the SharePoint team at Allegis Group where he was responsible for designing and developing enterprise SharePoint solutions.

Prior to LCG and Allegis Group, Dan worked for as a developer for Microsoft where he worked in the Business Solutions division.

Dan has worked with the .NET framework since the early betas and with SharePoint for the past 7 years.

November 2012 Meeting – ONE FRAMEWORK TO RULE THEM ALL: Using .Net to develop Multi-Platform Mobile Apps

Topic: ONE FRAMEWORK TO RULE THEM ALL: Using .Net to develop Multi-Platform Mobile Apps

Abstract:
In this session we’re going to examine how to create cross-platform mobile applications using C# for iOS, Android, and Windows Phone 7. We’ll look at the architecture necessary to support code sharing and reuse, as well as best practices for minimizing fragmentation across the various platforms. We’ll also examine how to handle platform divergence and take advantage of varying device capabilities.

Bio :
Claudio is a Software Architect, with a particular interest in maximizing the amount of work not done, by employing best software design practices. He has been working with the .NET Framework since version 1.0, and is currently involved in several open source Health Care IT initiatives. Technologies he works with on a daily basis include: C#, MVVM, Silverlight, WCF, Windows Identity Foundation and SOA.

Abstract:
You’ve probably heard the hype about Windows 8 and the Windows App Store. You may be running the preview or release versions of Windows 8 and already understand what a modern Windows experience feels like. But what does it take to deliver that experience using Visual Studio 2012? The sites dev.windows.com and design.windows.com can help you get started learning the basics and there are a few published end-to-end example apps that can also be useful. But most of the published training materials and books available now cover only Xaml and C# while Microsoft’s stance is that you can put your current HTML, CSS and JavaScript skills to use building Windows 8 Apps too. How?

Bio :
Jim Jackson is the co-author of HTML5 for .NET Developers, available now at http://www.manning.com/jackson and available in print in mid-October. (Note: This book is NOT about developing HTML5 applications for Windows 8 but you can use the HTML, CSS and JavaScript skills you learn to build Windows 8 Apps.) Jim has worked on rich HTML5 web applications for clients like Vogue, Rolling Stone and Playboy and is currently building an HTML5 game for the Windows App Store. Jim will walk through the realities of working with HTML5 and JavaScript to build a rich client application. Some topics he will cover are the use of existing HTML5 JavaScript APIs like Canvas and IndexedDB as well as the paradigm shift necessary to build a completely asynchronous application.

Jim would also like to bring all attendees free beer and ice cream, Surface devices and tickets including airfare for you and a guest to the Microsoft Build 2013 conference in the Canary Islands. He’d like to but he won’t.

Posted in meetings | Comments Off
﻿
﻿